The White Rock Club once again participated in the annual North American Field day event. We setup our site in the grassy field area on the north-west corner of Centennial Park in White Rock. This year we decided to use Eric Kehler's (VA7NX) go-kit comprising an Icom 7000 radio and his home built OCF antenna. Rather than erect a mast for supporting the centre of the antenna, we decided to string the antenna between two trees conveniently located on the edges of the field. To accomplish the task of getting the wire in the air, we borrowed the line sling-shot from club member Fred Orsetti (VE7IO). Ralph Webb (VE7OM) was the first to try the sling shot and he managed to get the line over a branch on not the first try. This now provide a good elevation for the far end of the antenna. The close end needed to be much higher and in a gnarly maple tree. Ralph tried a few more times but his beginner's luck ran out and we needed an old sling-shot pro - John Rudl (VE7PEE). John hauled back on the shot and sent the weight flying right for the needed branch on his first attempt. We soon had the lead line in place and the antenna being drawn taught.

Once the antenna was placed we were ready for the event with much time to spare. We also ran a small VHF rig for local 2m contacts. Once 11am arrived Eric made a quick phone contact and then we all took turns operating the radio and reaching out across the content for stations in the contest. Ralph got the most contacts of anyone - mostly CW. We had a great time setting up in an emergency configuration and operating from battery power. By 3:30 we had run out of steam and decided to call it a day, not a long run but we had proven our ability to get setup and operate in the field and communicate. So those still on-site helped take down the equipment. Getting the rope out of the maple tree proved a challenge as the rope wrapped itself around a branch as it was being pulled and this took a fair amount of patience and coaxing to free. Packed up, we were now ready to continue from home or do other things of interest.

Ralph launching line for Antenna from Eric Kehler on Vimeo. 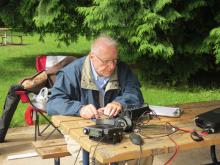 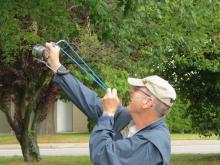 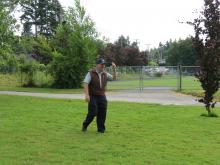 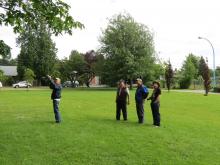 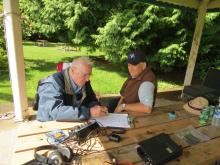 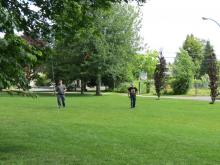 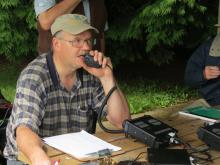 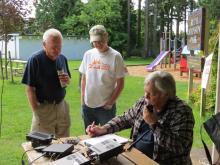 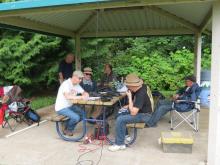 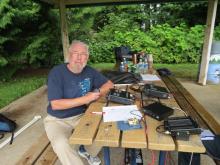 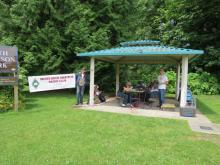 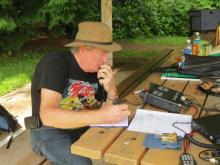 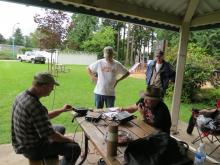 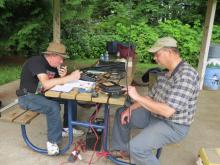 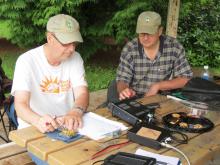